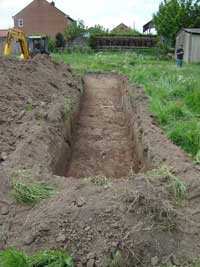 A DBA was undertaken for the redevelopment of an 18th century farm at Whixley near York. The research into the site showed that the proposed development lay in the heart of a medieval settlement with Norman remains situated nearby. It also identified the location of a possible medieval/early post-medieval manor at one end of the site, the remains of which appeared to survive as a substantial grass covered 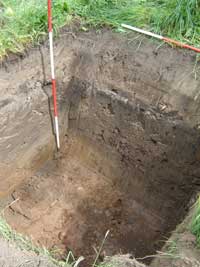 mound. This all suggested that there was a strong possibility that there could be surviving archaeological remains within the development area.

The DBA acted to inform a programme of evaluation by trial trenching in the areas identified has having the highest potential. The resulting evaluation showed that in fact there were no archaeological remains within the proposed development. As a result of this, the planning condition was discharged without any further archaeological works.

JB Archaeology Ltd can provide a full range of archaeological services to cover planning requirements, listed building consent and work with the aims of any community group.

JB Archaeology Ltd are locally based in North Yorkshire working across much of the North-East. We have 30 years experience in a wide range of archaeological settings.