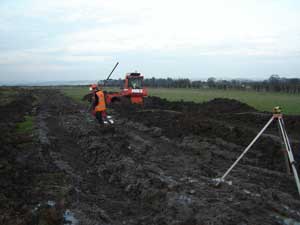 Watching briefs were carried out on the ground works associated with the creation of two highways depots for NYCC. The first of these just outside Harrogate was on the site of a former chicken farm and covered approximately 2 hectares. During the monitoring of the staged ground works no archaeological finds or features were encountered.

The second depot at Seamer near Scarborough encountered significant archaeological remains, which included a middle to late 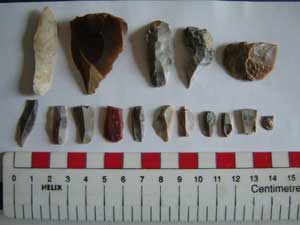 Mesolithic flint scatter, Neolithic flints, a middle Bronze Age hearth, and late 1st century BC/early 1st century AD Iron Age pottery, metal working debris and the remains of two Iron Age roundhouses. With the discovery of these significant features, the discussions with the client and the Development Management Archaeologist of NYCC resulted in a revised programme of on-site archaeological works, which only resulted in a two hour delay in the development programme.

JB Archaeology Ltd can provide a full range of archaeological services to cover planning requirements, listed building consent and work with the aims of any community group.

JB Archaeology Ltd are locally based in North Yorkshire working across much of the North-East. We have 30 years experience in a wide range of archaeological settings.